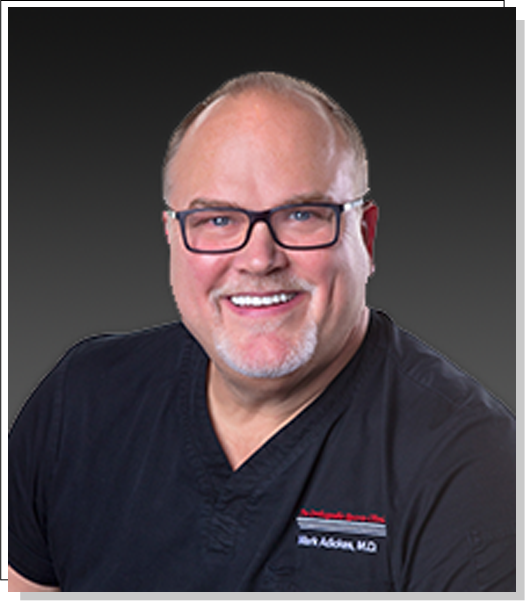 Dr. Mark Adickes, an Orthopedic surgeon serving Houston, TX & nearby areas, was raised all over the world as the son of an Army chaplain. He attended high school in Berlin and Munich Germany and graduated from Killeen high school in central Texas where his father was stationed at Fort Hood. Dr. Adickes excelled in sports and received a football scholarship to attend Baylor University. At Baylor, he appeared in three bowl games and in his senior year he was the team captain and honored as a first-team All-American. He received a BBA in management and marketing upon his graduation from Baylor.

Football was career number one for Dr. Adickes after being drafted in the first round by both the NFL and the USFL. He played 2 years with the LA Express in the USFL protecting quarterback Steve Young, followed by four seasons with Kansas City Chiefs and three more with the Washington Redskins. His professional football career culminated with a Super Bowl Championship with the Washington Redskins.

Numerous injuries, surgeries and rehabilitations led to the conception of Dr. Mark Adickes’ second career choice as an orthopedic surgeon. He attended George Mason University in northern Virginia to complete his pre-med studies and was accepted to Harvard Medical School. Dr. Adickes medical school experience was enhanced by his selection to deliver the commencement address at graduation.

As a Houston orthopedic surgeon, Dr. Adickes’ ultimate goal is to heal, and he approaches every patient with a curious mind and a dogged determination to achieve that goal. He often tells his patients, “I will treat your problem as if it were my own or that of a family member.” When seeking treatment from an orthopedic surgeon for an injury, one cannot ask for more.